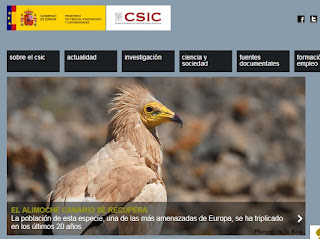 A new press release by E. Soto at B@leópolis on Urban Ecology, inspired by the work of Alvaro Luna. Alvaro is a Ph.D student supervised by A. Sanz-Aguilar (from the GEDA) and M. Carrete (from the EBD-CSIC). In his book (available here and here) Alvaro compiles the most incredible cases of wild animals living in the urban enviornment, the new colonizations and the adaptations. The book identifies our cities as a new ecosystem to study and to explore. 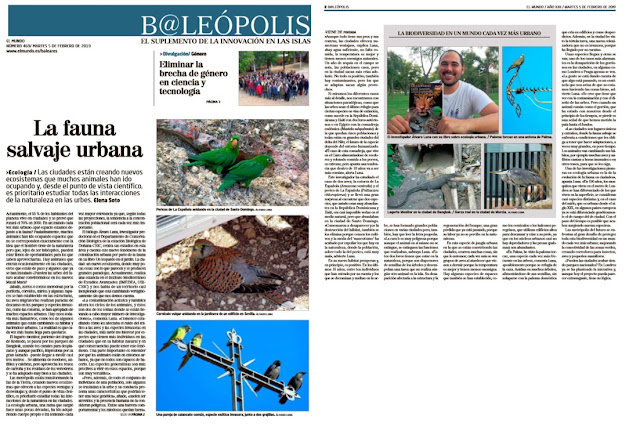 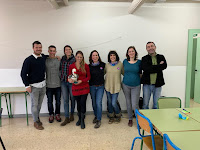 The GEDA joined the 11F-Balears during the International Day of Women and Girls in Science. A Sanz-Aguilar, M. Serra and A. Cortés-Avizanda participated to the "Science Speed Dating" (at the French international school, the Molta Barra and the Caixa Forum in Palma). 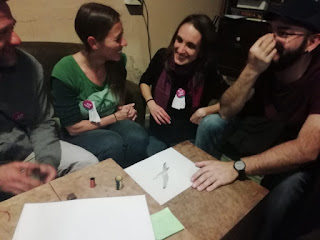 Marta made the point on the Grifon vulture proyect and introduced a real-size vulture model. Three persons were necessary to fully open its wings! More on 11F activities here.

New Publication on Invasive species and uncertainty models ! (and Cover)

Abstract: Many species only show sexual dimorphism at the age of maturity, such that juveniles typically resemble females. Under these circumstances, estimating accurate age‐specific demographic parameters is challenging. Here, we propose a multievent model parameterization able to estimate age‐dependent survival using capture–recapture data with uncertainty in age and sex assignment of individuals. We illustrate this modeling approach with capture–recaptuPsittacula krameri. We analyzed capture, recapture, and resighting data (439 recaptures/resightings) of 156 ring‐necked parakeets tagged with neck collars in Barcelona city from 2003 to 2016 to estimate the juvenile and adult survival rate. Our models successfully estimated the survival probabilities of the different age classes considered. Survival probability was similar between adults (0.83, 95% CI = 0.77–0.87) and juveniles during their second (0.79, 95% CI = 0.58–0.87) and third winter (0.83, 95% CI = 0.65–0.88). The youngest juveniles (1st winter) showed a slightly lower survival (0.57, 95% CI = 0.37–0.79). Among adults, females showed a slightly higher survival than males (0.87, 95% CI = 0.78–0.93; and 0.80, 95% CI = 0.73–0.86, respectively). These high survival figures predict high population persistence in this species and urge management policies. The analysis also stresses the usefulness of multievent models to estimate juvenile survival when age cannot be fully ascertained.