The spring lizard campaign 2018 has began with a first sunny day and 58 individuals caught, photographed and released. Nearly all were old firends. 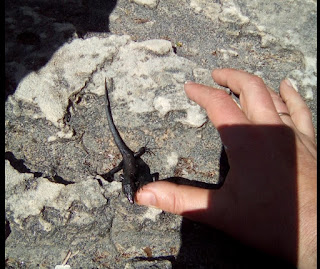 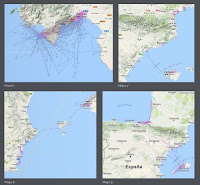 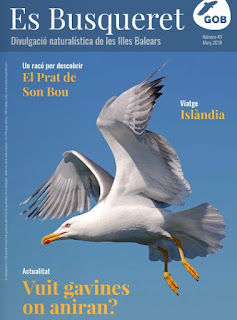 The tracking of Yellow-legged gulls is under the spotlight.  Results showed long-distance movement and individual specialization in foraging strategies. You can read the full article on pdf (in Spanish) from page eight, here

The new comic Quimera by Luis Resines, de Pelopantón about the Balearic Shearwater  was out yesterday.  Starring J.M. Igual of the GEDA. Here a press release by E. Soto.

The Balearic Wall Lizard on the news ! 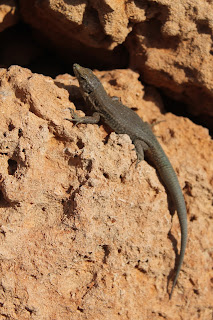 Today, on IB3 Radio News, we speak about the Balearic Lizard with Marga Riera. A short talk about the GEDA's research on this unique, endemic species.
Here (at min. 40).

The work by S. Pinya, in collaboration with the GEDA, is under the spotlight. A new press release by E. Soto appeared yesterday on the Spanish news (here). The work describing the first population model for the species (only one population, helas!) can be found here.

ABSTRACT: Amphibian populations are declining worldwide, but for many taxa, robust estimates of demographic parameters to assess population state or trends are scarce or absent. We provide robust estimates of adult apparent survival of the endemic Mallorcan midwife toad Alytes muletensis using individual capture-recapture data collected over 4 yr in a 60 m2 cistern. Moreover, we combined the vital rates into a stage-structured population model to estimate the expected long-term growth rate of the population. Apparent survival estimates of males and females were similar (0.737 ± 0.042 and 0.726 ± 0.045, respectively) indicating that the egg-carrying behavior of males, typical of this species, does not reduce its survival probability. We found evidence of a low local survival of juveniles compared with adults, most likely due to permanent dispersal. Adult population size estimation provided higher tadpole:adult ratios than previously reported for this endangered species, suggesting an overestimation of the previous adult population size. Model projections suggested a stable population, since λ, the expected asymptotic growth rate of the population, was close to 1.00.
at March 07, 2018 No comments: 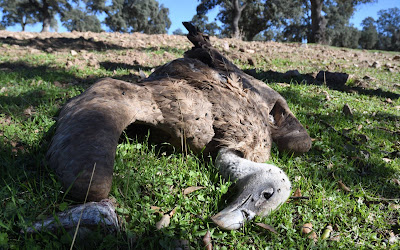