Abstract: Disentangling the influence of demographic parameters and the role of density dependence on species’ population dynamics is a challenge, especially when fractions of the population are unobservable. Additionally, due to the difficulty of gathering data at large spatial scales, most studies ignore the global dynamic of a species, which would integrate local heterogeneity dynamics and remove the noise of dispersal. We developed an integrated population model (IPM) at a global scale to disentangle the main demographic drivers of population dynamics in a long‐lived species.

We used 28 yr of Audouin's Gull demographic data encompassing 69 local patches (comprising 90% of the world population). Importantly, we took into account the unobservable fraction of non‐breeders and also assessed the strength of density dependence for this fraction of the population. As predicted by life histories of long‐lived organisms, temporal random variation in survival was highest for immature individuals (1.326, 95% credible interval [CRI] 1.290–1.940) and lowest for adults (0.499, 95% CRI 0.487–0.720). Large temporal fluctuations in the probability of taking a reproductive sabbatical would partly explain the consistency in adult survival, with individuals most likely refraining from breeding when environmental conditions were harsh. Immature survival and fertility were the main drivers of population dynamics during the study period (r2 = 0.83, 0.77–0.87 and 0.73, 0.63–0.79, respectively). We found strong evidence of density dependence, not only due to the number of breeders (r2 = −0.34, −0.43 to −0.24) but also due to individuals on sabbatical (r2 = −0.18, −0.33 to −0.01). From a conservation point of view, the species shows a 5% annual global decrease during the last 10 years, and we propose an update of its conservation status. Even though population dynamics of long‐lived organisms are very sensitive to changes in adult survival, we show here that, in the absence of strong environmental perturbations affecting this vital rate, fluctuations in population density are mainly driven by variations in survival of immature individuals and fertility. Integrated models based on long‐term monitoring at a global scale may enhance our ecological and evolutionary understanding of how demographic drivers influence population dynamics.

GEDA at the Week of Science

This week the GEDA is taking part in the Week of  Science initiative at the IMEDEA. A speed-dating between students and researchers to talk about current scientific projects. Next date: Friday, 9h30 "Who has stolen my sandwich !?" 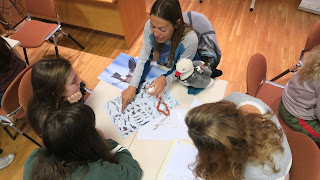 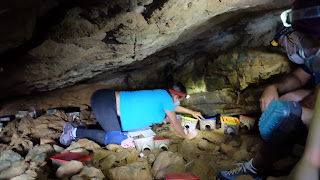